Benefits of the Hijab: 5 That Will Surprise You

Before we explore the five (underrated) benefits of wearing the hijab, let's do a quick recap on what the hijab is.

Hijab is a concept. Yes, the biggest representation of the word is a fabric that covers the hair and neck area of a Muslim women – but it's surprisingly so much more than that.

Wearing the hijab is a commandment from God, and refers to anything that conceals. The hijab is not limited to physical clothing, it's also about your behaviour and the way you conduct yourself.

Let's jump straight into the benefits as this is what we're here for, but you can click here to find out more on why Muslims wear the hijab.

Benefits of the hijab:

This is number one on our list because it pretty much ties in to the meaning of hijab, too.

In the world we live in, we can't deny that women face a lot of moral degradation and constant sexualisation. Saying this, the benefit of the hijab here is that is acts as a protective barrier against worldly harm and injustice.

The beauty of this covering is that you have the ability to keep a lot of your physical appearance sacred for yourself and those you love, which exemplifies  the status and value of women in Islam.

When something is valuable, you protect it right? Allah commands Muslims to obey the hijab because He sees the believers as valuable and honourable.

We're all aware of how harmful UV radiation is for our skin. That sun-kissed glow is responsible for a lot more bad than good when it comes to our skin– pre-mature ageing, sensitivity, and skin cancers – just to name a few.

Melanoma is a deadly skin disease, majorly caused by direct exposure to the sun for a long period of time.

But, because we can't escape that beautiful sunshine when we're out and about, medical experts have actually recommended people to cover with loose clothing that is made from tightly woven materials to prevent those rays from seeping through clothing.

Now, if you're not too familiar with fabrics, you may not know that tightly woven materials are often used when making  hijabs so that they remain as  least transparent as possible. So, it's a double win when you know these materials are majorly preventing your skin from harmful rays, too!

It's safe to say that the Islamic dress code has a bunch of scientific benefits with how versatile it is, meaning we're helping our skin stay healthier and younger for longer.

Back in 2017, David Hodge conducted a study with the research question of:

"Does the Islamic Practice of Veiling Predict Higher Levels of Depressive Symptoms?"

Many Western feminists were/ still are strong in their belief that the hijab is an oppressive behaviour leading to mass depression.

Hodge and his pals set out to test this, as psychologists do. They used a national sample of Muslim American women (roughly around the age of 38), and spent a lengthy amount of time following through with their methodology.

What did they find, exactly?

Well, it turned out that these 'veiled women' showed frequent accounts of lower levels of depressive symptoms, rather than the higher levels the researchers were trying to prove.

Given that the hypothesis was completely rejected, Hodge concluded that the prevalence of depressive symptoms has a lot more to do with macro, worldly implications. And in fact, the hijab serves a s a protective factor in the area of depression.

Here's a snippet from their findings..

"The relationship between veiling and lower levels of depression remained signiﬁcant even after controlling for important potential confounds such as self-rated health status (Wagner & Short, 2014)"

We call this, A Veiled Revelation! 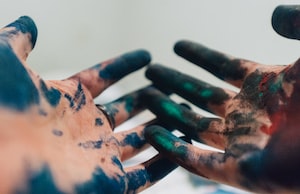 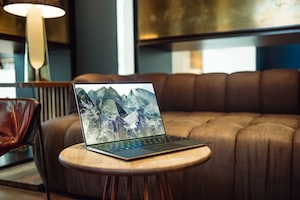