What even defines a "creative"?

Surely we're all creatives in some form or another, no?

Working as a creative often refers to working in arts or media (from the mouth of Google, at least).  Essentially, you produce work that include a tonne of expression, opinion, colour, themes, messages and so on. You get my point!

Back in the day,  a 'creative' would be what you called someone painting in a pair of denim dungarees.  But in today's world, creatives can be in the form of:

aaaaand so much more! Any job that won't be mad at you for bringing your imagination to the table is one way of defining the term "creative".

Being Muslim in The Creative Industry

I started off as retail assistant a few years ago, and I'd write blogs on the side, whenever I had an hour or two spare in the evenings. Around the time I started creative writing, I was also getting closer to my religion and building up that identity, too.

My writing was becoming more and more enjoyable, and  that's when I knew I wanted a job as a creative writer.  But for some reason I had this big worry about it conflicting with my journey with Islam.

One might read this and think.. "Wait, what's your love for writing gotta do with your religion, bro?"

It's funny because it's not the writing itself I was worried about, but instead the environment I'd find myself in.

Working in a creative zone with a bunch of fun, quirky and full of life people is what I always wanted. I wanted anything but to be stuck in a mundane office with people that probably disliked their jobs and dreaded the mornings.

For me, I always loved how energetic  the creative industry can be, from bouncing ideas around the room, to injecting your own personality into the work you produce – Being yourself is what adds value to your job, and I think that's pretty awesome!

However, I was quick to find out that "being yourself" doesn't always mean "being your Muslim self". By that I mean, being myself in hijab and abaya may seem a lot less quirky and fit for the industry, than being myself in mom jeans and my dad's retro t-shirt from the 80's.

I quickly caught on to the idea that my faith didn't go hand in hand with the creative environment, and the irony of it was that I just failed to feel as free as I thought I would be.

But my point is, being a Muslim woman who chooses to be wrapped in her headscarf, or jumps out of meetings to pray meant I wasn't  bringing that whacky, super-energetic, loud energy that you feel you need in these environments.

I'd sometimes experience my prayer time clashing a little with my 'social time' with co-workers, and became paranoid of looking too introverted or unwilling to mix in, even though this wasn't the case.

Even though my writing was full of character, perhaps my toned-down mannerisms wasn't always making the cut. Over time, I had slowly accepted that this bouncy persona wasn't who I was, and I was okay with that.

We often become someone we're not, in the hopes of.. becoming someone to them.

I learnt that there was no solid way of tackling the industry and the (taboo) expectations it puts over people, but instead tried to look from the angle of , "my work brings value to this environment, and I don't need to compromise on my faith to prove that".

If you work in a creative industry and you feel yourself in this internal conflict between what the industry expects of you vs what your faith expects of you, choose to represent your faith. Because when the job changes, the career path alters, and the passion shifts elsewhere, you'll be happy you held on. 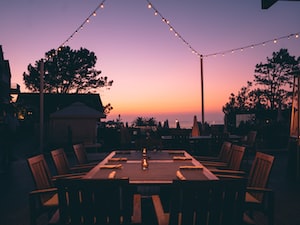 How Family Shapes You For Life

Benefits of the Hijab: 5 That Will Surprise You 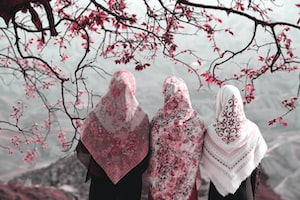